The legendary musician Bob Marley put reggae, and Jamaica, on the world map. A walk through the museum in his former house offers an insight into the life of this folk hero who spend most of his youth in a shantytown.

Dread locks, the Ethiopian flag and Rastafarianism are all forever associated with Bob Marley, who has become the face of Jamaica. His songs proudly tell people to stand up for their rights and his protest and redemption songs about politics, slavery, religion and Kingston’s Trench Town still offer hope to people all over the world. 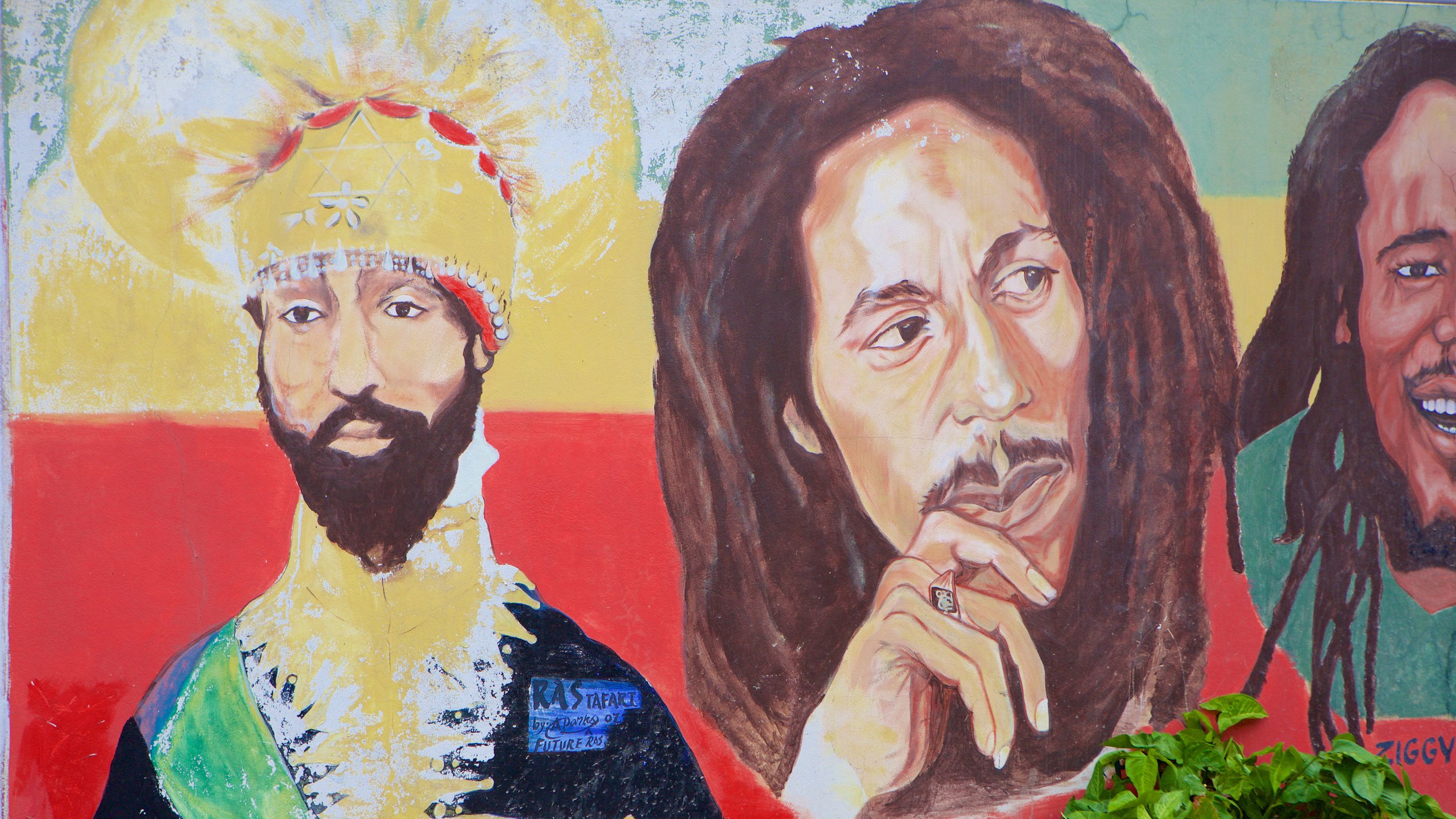 To see his former home and recording studio, visit the Bob Marley Museum, appropriately located on Hope Road. Step inside to get a feel for how Marley spend his days as a musician. Take a guided tour of the museum to hear all about the life and times of this music legend.

Learn how Marley rose to fame in the ‘70s, sold over 75 million albums since. See the room where he survived a shooting that was meant to silence hime forever. The Jamaican, born as Nesta Robert Marley in 1945, eventually died young in 1981 of cancer. Posthumously, Marley was inducted into the Rock and Roll Hall of Fame. His album ‘Exodus’ is seen as one of the greatest albums of the 20th century.

Marley’s bedroom has been kept as it was, with his guitar by the single bed. Among his other personal belongings on display are his favorite denim shirt and Rastafarian cloaks. Browse through the history of his career and his bands The Wailers and The Upsetters. Study media clippings, photographs and his collection of awards, such as the Order of Merit from the Jamaican Government.

Marley believed in an Ethiopian messiah, Jah Rastafari. To try ital, food specific to Rastafarian diets, have lunch at the museum’s Legend Cafe.

The Bob Marley museum is open Monday to Saturday. It is a 20-minute drive from the International Airport in Kingston. To get to the museum, rent a taxi or car and park near the entrance.

Your journey from the airport at the beginning of your vacation in Jamaica needn’t be as difficult as you think. We will meet and greet you on time at the airport arrival exit after customs.  All vehicles are clean, comfortable, safe and air-conditioned.

Open chat
1
Powered by
Hello, how can we help you with transportation and tours?